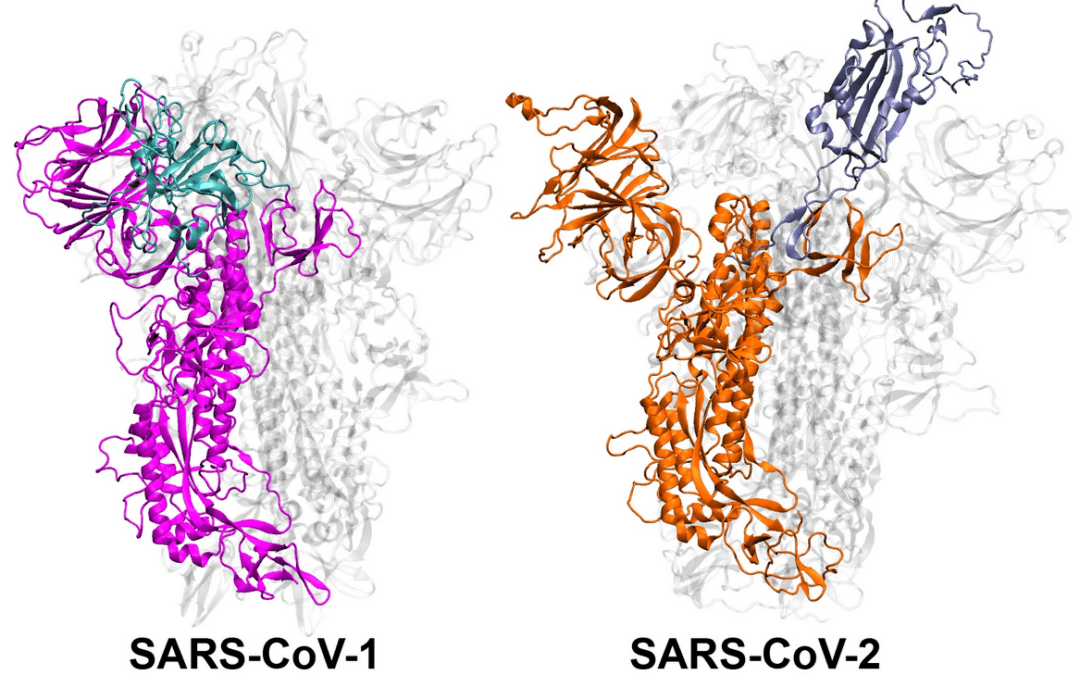 Why are some coronavirus strains more infectious than others? This is a critical question to understand as Covid-19 mutates and changes in transmissibility.   The lab of Mahmoud Moradi at the University of Arkansas recently presented some interesting new discoveries at the Biophysical Society annual meeting last week. These shed new light on Covid-19 transmissibility variations and point to some new discoveries for investigating novel treatments.

“We discovered that SARS-CoV-1 and SARS-CoV-2 have different ways of changing their shape, and on different time scales,” Moradi says. “SARS-CoV-1 moves faster, it activates and deactivates, which doesn’t give it as much time to stick to the human cell because it’s not as stable. SARS-CoV-2, on the other hand, is stable and ready to attack,” he added.

There is a region at the tail end of the spike protein that has largely been ignored in research, Moradi says, but that piece is important in the stability of the protein.

Mutations in that region could affect the transmissibility, he says, and are worth paying attention to.

The other implication for their research is “we could design therapeutics that alter the dynamics and make the inactive state more stable, thereby promoting the deactivation of SARS-CoV-2. That is a strategy that hasn’t yet been adopted,” Moradi explained.

The team have now begun studying the new SARS-CoV-2 B.1.1.7 variant in the lab to detect differences in its movements.

This is an edited version of an original press release found here.