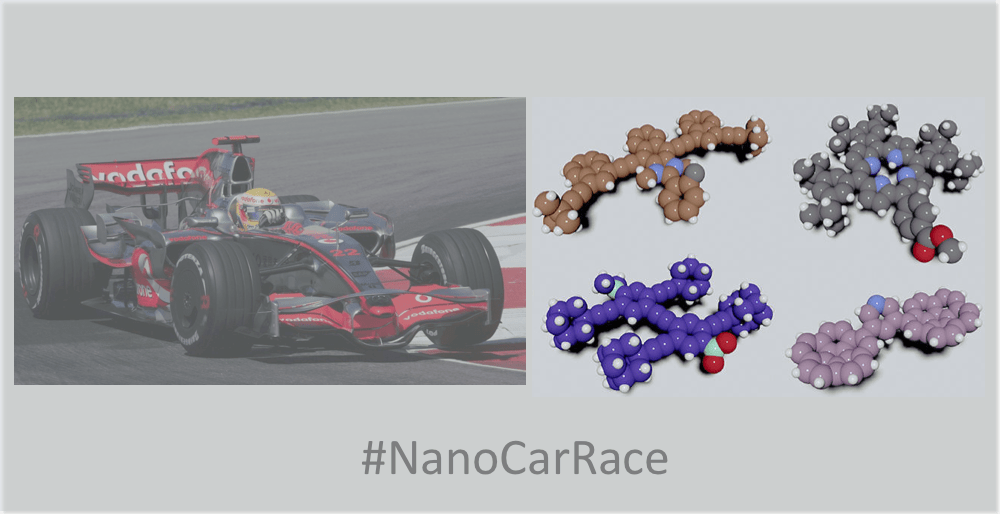 After a four year pause since the last meeting, the 2022 Nano Car Race is on.  Eight international teams compete to race their nano cars on an impossibly small track, with the race only visible under a Scanning Tunneling Microscope.

The track itself is built on a pure circular gold crystal, a massive 8mm in diameter. This is fixed to an STM to allow the race to be observed.  The track surface is naturally grooved, giving an extra level of difficulty to the contestants. Four tracks are shown in the image, each around 4 to 6nm wide. 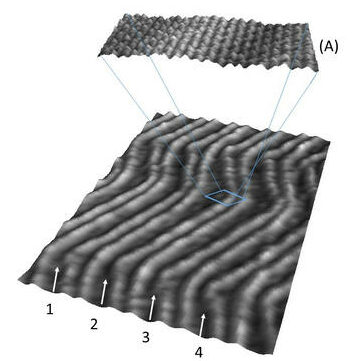 The winner is the team that covers the longest distance using the same “car”. However, since the track is not consistent for each team, extra points are awarded to teams negotiating more curves. The previous winner, travelled a whopping 1,000nm, thrashing the second placed car which managed 133nm.

A new rule compare to the previous 2017 nano car race is the banning of physically pushing the car (using the tip of the STM). Instead, the electric field generated by the STM is used in novel ways to generate movement.  Each team has its own STM allowing them to steer the car and also to record an image at regular intervals. These images will be pieced together to create an animation of the race.

Although the race is for fun, the nano car race is pushing nanotechnology to new limits of understanding.  Building viable nanomachines could open up huge new areas of research in medical and industrial applications.

Connect with Nano and Materials scientist

Marketwise’s scientist database includes scientists working in nanotechnology and advanced material science. Promote your product or service to the experts you need to reach with an email marketing campaign.  We look forward to hearing from you.