The customer wanted to promote a webinar that was due to go out in about three weeks time. After some discussions, the suggestion was to send two messages, one eight days before the webinar and a “last chance” message, sent the day before.  The customer provided a list of relevant job titles, some priority companies to target and also some countries to exclude (in this case China, Russia and Belarus).

Marketwise found just over 14,000 matching contacts, for a two message campaign, the cost would be around $4,500. The customer wanted to keep within a budget of $2,500, so Marketwise optimised the audience to focus mostly on Americas and Europe (since the webinar was not at a convenient time for Asia).  A size of 8,500 was agreed and the invoice accepted.

The customer provided the HTML for the first message. After a review, Marketwise recommended some simple formatting changes, which were sent to the customer as an email test:

The customer was able to quickly review and accept the changes.

Marketwise randomly selected 500 users for each test category and configured the tests to each run concurrently.  The A/B/C testing went out nine days before the webinar.  24 hours after the testing, the winning subject line was used (in this case the single word subject line) and the main mailing started.

Seven days later A/B/C testing was performed on the second HTML message, ahead of the reminder mailing and the “Last chance to register” message was sent to the winner.

If you have 8 minutes spare, this video on A/B testing give some nice examples with results.

Contacts completing the CTA was 207, meaning the landing page converted a respectable 54% (this was provided by the customer). 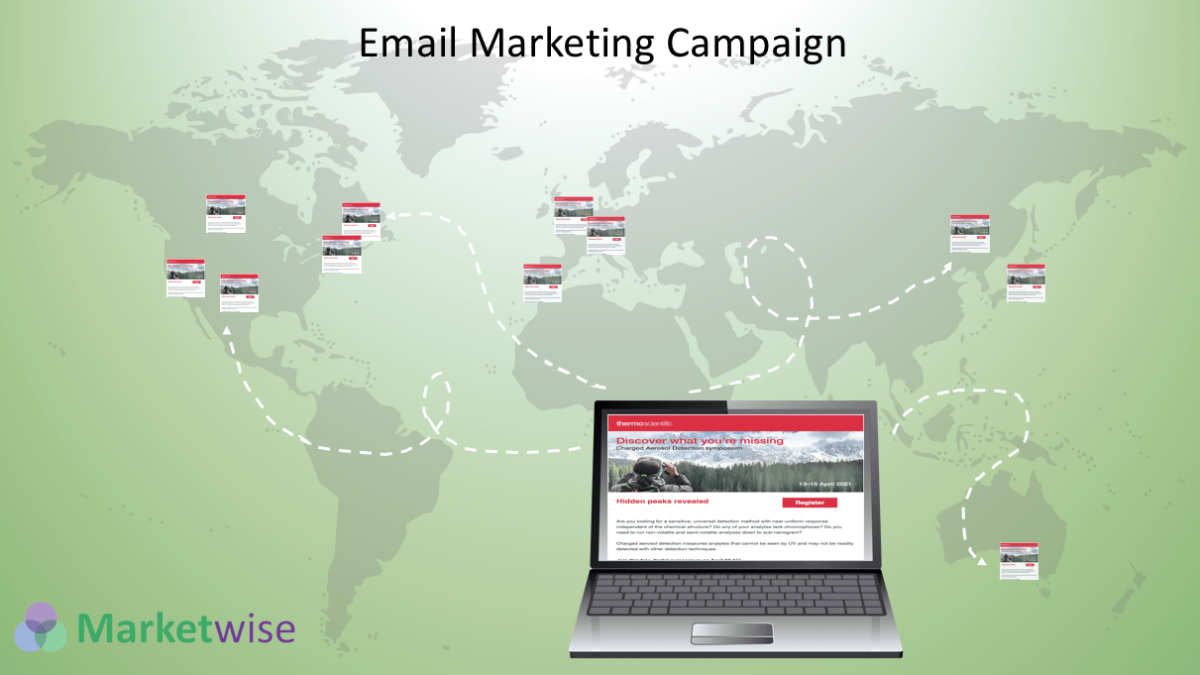 Find, Prospect and Convert Top Technology Users With Us

The graphic below shows a summary of how an audience of potential new customers changes step by step. Nothing is guaranteed, but this is a good indication of what a similar, well run campaign can achieve compared to this webinar email marketing case study. 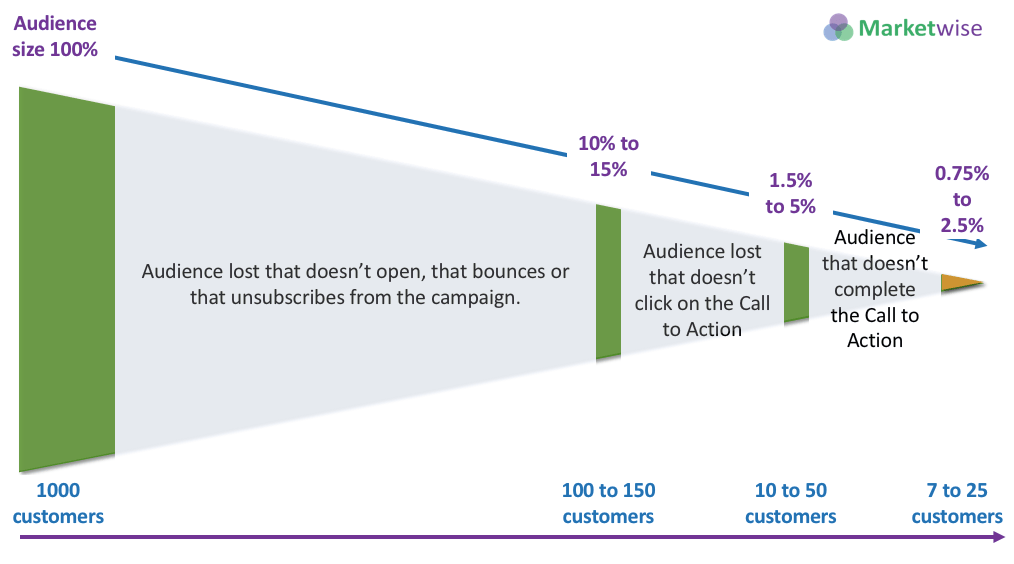 For a two message campaign, using our standard pricing, the cost for a converted customer is between about $43 and $13, depending on the campaign performance.  The above email marketing case study, came in at around $13 per converted contact.

For most companies, acquiring a new, targeted, interested new lead for between $13 and $43 represents amazing value.

Let us help you run your campaign and generate new sales leads. Contact us with your requirements and start you lead gen journey with us.